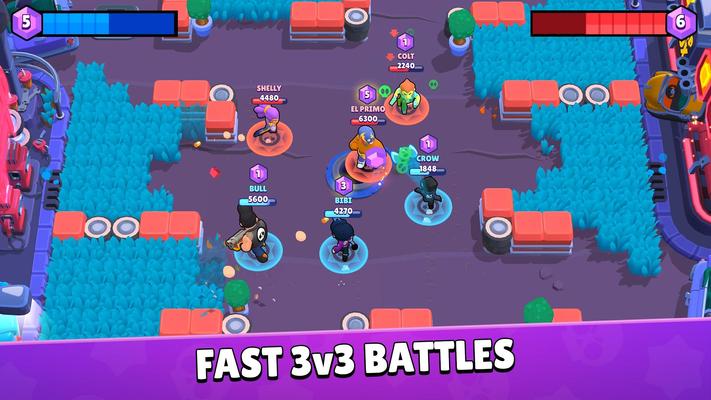 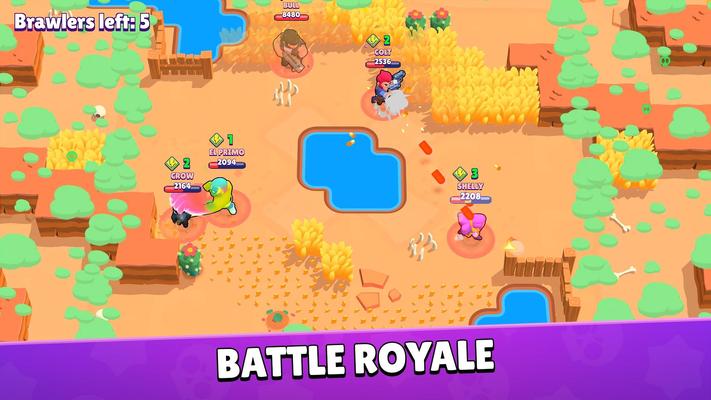 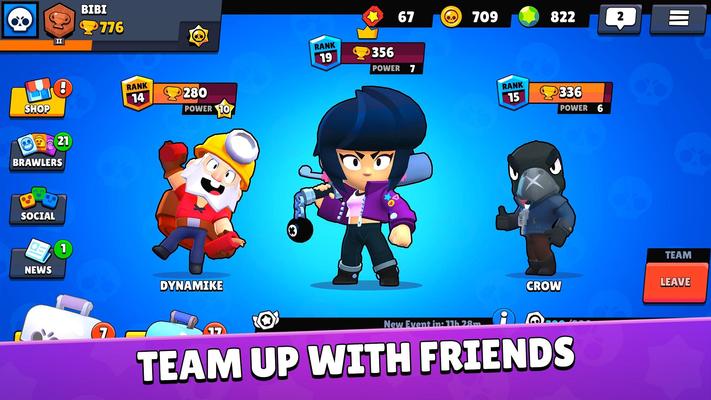 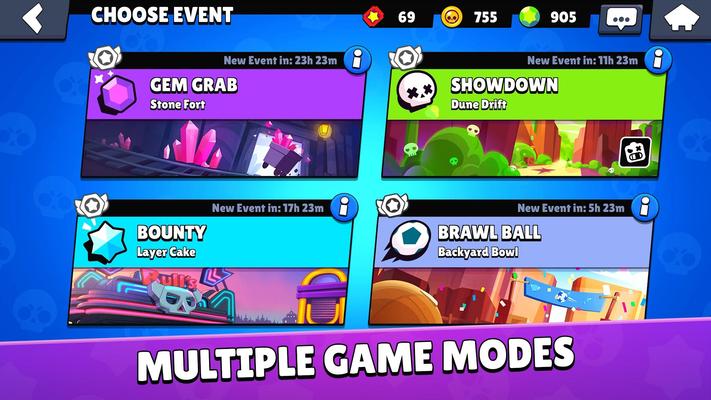 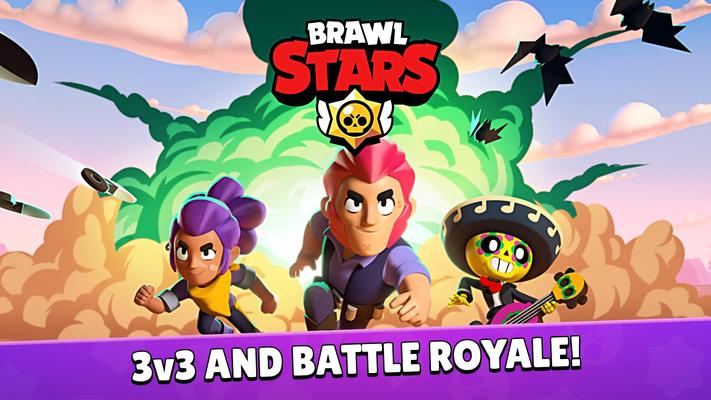 The Description Of Brawl Stars

Time to Brawl out! Form the tightest team in town and fight 3 versus 3 in real time. Brawl Stars is the newest game from the makers of Clash of Clans and Clash Royale. Supercell has soft-launched its latest mobile game Brawl Stars on the Canada App Store. There is no news about when they will launch Brawl Stars Android version on Play Store. Don't worry. We'll keep an eye on the game for you.

Round up your friends and get ready for an epic multiplayer slugfest! Unlock a variety of rowdy game modes and dozens of rough and tumble characters with punishing SUPER abilities. Shoot 'em up, blow 'em up, punch 'em out and win the fight in four different game modes:

- Bounty: Collect stars for your team by eliminating opponents, but be careful not to let them pick you off. The team with the most stars at the end of the match wins!
- Smash & Grab: Collect Crystals from the center of the map, while fighting the opposing team. The first team to collect 10 crystals and hold onto them wins.
- Heist: Crack the safe protected by the opposing team, or defend your valuables from would-be safecrackers. You have a couple of minutes to determine who leaves with the loot!
- Showdown: The rowdiest rumble! 10 players are dropped into a slowly shrinking arena. Can you be the last Brawler standing?

Collect Coins, Elixir and Chips to upgrade and unlock your Brawlers. Join a Band to share strategies and battle together with other players. Climb the local and regional leader boards to prove you’re the real Brawl Star!

PLEASE NOTE! Brawl Stars is free to download and play, however, some game items can also be purchased for real money. If you don't want to use this feature, please disable in-app purchases in your device's settings. Also, under our Terms of Service and Privacy Policy, you must be at least 13 years of age to play or download Brawl Stars.

Brawl Stars Game Features
- Rowdy, real-time 3v3 battles against players from all over the world
- Unlock new, powerful Brawlers - each with a signature attack and a SUPER ability!
- Four unique game modes to unlock and play
- Battle solo or with friends
- Climb to the top of the leaderboards in regional and local rankings.
- A fast-paced multiplayer shooter is finally here on mobile.
- Form a Band of Brawlers with fellow players to share tips and battle together
- Upgrade your favorite Brawlers for that critical edge.
- Customize your Brawlers with unlockable skins.