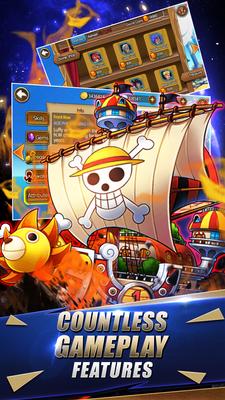 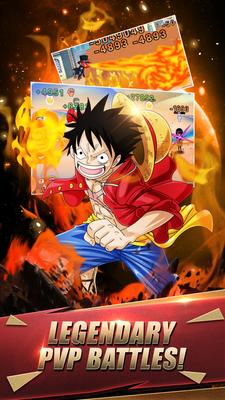 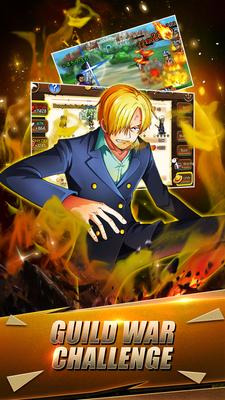 The Description Of Sunny Pirates

Sunny Pirates - Going Merry is the best Pirate action-RPG in 2019, featuring well-known Pirates and Heroes! If you are a fan of Anime, Manga or Pirates, then this is the game for you! Recruit comrades and form your favorite Pirate crew for the adventure of your lifetime! Collect ships shards, build your ships and set sail on your grand line adventure!

FORM THE ULTIMATE PIRATE CREW
? “You might be alone at the moment... But someday... You'll definitely find nakama! No one is born in this world to be alone!” - Saul
? Recruit and choose from over 50 popular Pirate Heroes to build the strongest Pirate crew!
? Recruit exclusive Pirates with strong bonds and activate their unity for extra power
? Collect, build and equip your favorite ship, sail with the crew and strive to obtain the title of Pirate King!

EXPERIENCE INTERACTIVE GAMEMODES
? Exciting PVP gameplay! Strategize your team lineup, battle rival teams and compete your way to become the strongest Pirate crew! Be known world wide as the Pirate King!
? Participate in Cross-Server Battles for the glory of your fellow comrades! Invite your friends to team-up and join forces with other Pirate crews to defeat the World Bosses for amazing rewards!
? Gather your friends and form a guild! Lead the guild to participate in various guild events and battles for an abundance of rewards and resources!

NEVER-ENDING TREASURE LOOTING ADVENTURE
? “Justice will prevail, you say? But of course it will! Whoever wins the war becomes justice!” - Doflamingo
? Join this exciting adventure with your friends and allies, decide your own justice and fate, pursue the greatest treasure and ultimate freedom!
? Cruise through familiar towns from East Blue, South Blue, West Blue to North Blue now! Who will you encounter along your way?
? Many Pirates await you here. Are you as brave as Usoland? Will you be able to gather them all? Join us in Sunny Pirates to find out!